SHOWCASE OF PAST STUDENT FILMS 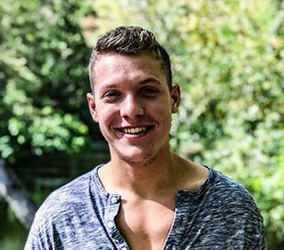 Nick is a 2017 graduate of The Motion Picture Production Program. Nick focused his studies on writing and directing over the course of the program. His talents shined with just his second film “Goner” having been selected by several film festivals while he was still just an undergrad.

Nick has gone on to direct his thesis film “And Mirrors” that won Best Film at the Motion Picture Institute Film Festival.

Goner tells the story of a brother with special abilities who much protect his sister from others who are after their powers.

Goner tells the story of a brother with special abilities who must protect his sister from others who are after their powers. 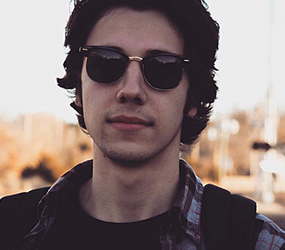 Tomaki graduated in 2016 from The Motion Picture Production Program with the goal of becoming a film director. His thesis film “Eye of the Beholder” is one of his earliest endeavors to earn recognition for his storytelling talents, having won two festivals and accepted into a number of others.

Tomaki has since formed his own production company and has started directing commercial work such as his Chevrolet ‘Fueled by Memories’ spec spot.

EYE OF THE BEHOLDER

Eye of the Beholder Levi, a struggling artist, fights for his sanity when his alter ego suppresses his creativity
as he struggles to get over his wives passing.