A team of native Michiganders and University of Michigan alumni have partnered with the Ann Arbor Distilling Company to launch the kick-off of feature film development of LOVE & VODKA – a romantic comedy set in Ukraine.

The party, which is open to the general public, will take place the evening of October 10th from 7-10 p.m. at the Ann Arbor Distilling Company. A specialty drink will be announced in honor of the film’s theme and copies of the book by the same title, written by screenwriter/coproducer R.J.Fox and published by Fish-Out-of-Water Books, will be for sale. 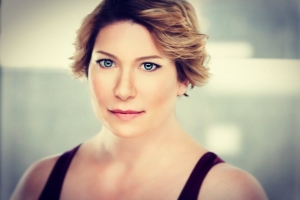 Personae Entertainment’s producer/director (U of M’s Residential College ’95, B.A.) Heidi Philipsen has teamed up with author/screenwriter/co-producer R.J. Fox (U of M – Dearborn ’00 B.A.) to bring his story to the big screen, along with coproducers Niko Meissner (U of M’s Ross School of Business, MBA/MS), Kathryn McDermott, and associate producer Jon Wilson.

Bobby and Katya meet on the Santa Monica Pier. Bobby is from Michigan; Katya is an exchange student from Ukraine. After becoming pen-pals, Bobby follows his heart to Ukraine to propose. But overbearing parents and cultural misunderstandings abound. Will love conquer in the end?