Pandemic, social distancing, stay-at-home, quarantine! These terms have become common in our lexicon and have forced everyone to adapt to a new, but hopefully temporary normal. As a film school renowned for our hands on training, Motion Picture Institute took the COVID-19 news very seriously and within days quickly moved our film classes and filmmaking community events online.

As creatives, the latest technologies are constantly used as a means to tell stories and to communicate with one another on production. Adapting aspects of our curriculum to the virtual environment was viewed as a challenge not unlike that of planning a feature film using new camera, IT, editorial workflows and planning. Fortunately, our Motion Picture Production Program includes a mix of pedagogy and practical training based on lectures, discussions, and demonstrations. Much of this content works well with the virtual classroom. Coming up with practical assignments for students in a quarantine situation was a matter of imagination and ingenuity. So far so good! See how our students are handling this temporary state of affairs to learn, grow and be online and on their own set.

Sydney hails from Fowlerville, Michigan. Upon completing her undergraduate degree in history from Mercyhurst University she realized that she wanted a career in an artistic field. After doing some research she decided she was a creative and sought to work in the film industry. Before the pandemic, Sydney’s commute to Motion Picture Institute in Troy, Michigan would take about two hours. But now with the on-line class offering, she can log on and attend classes within minutes. Having classes to attend four days a week with assignments in between has kept not only her film education going, but a means to stay connected to her classmates and the school community during the mandatory lock down. 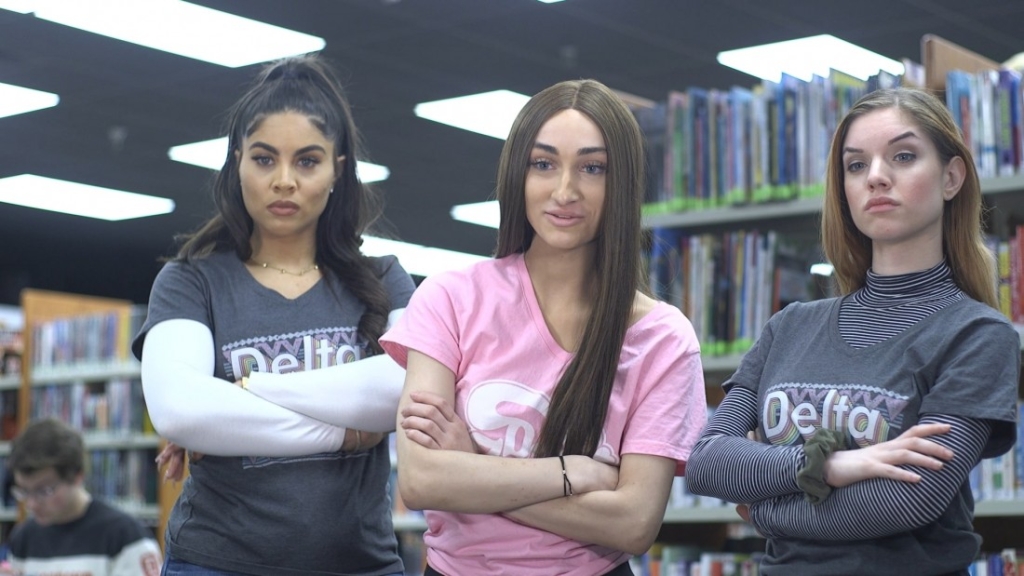 A still from Sydney’s film Stop. She is using this time to submit to film festivals.

Having shot two films within the first two terms of the film program, Sydney continues to grow and focus on her writing and directing skills. Her screenwriting, directing, editing lectures and assignments give her insight and are still a way to keep training for her goal to be in the film industry. She is also able to use this valuable time to prepare her most recent film for film festival circuit. She admits that she is uncertain about how long the quarantine will last, but she knows that her time is well spent writing and planning her thesis film for later this summer.

Hunter Lapain, a film student from Essex, Ontario in Canada, agrees. He has worked long and hard over the years at his family’s business and is now reaping the rewards of his work ethic in film school. Like Sydney, his commute is much quicker now that he doesn’t have to cross the border. Hunter says that there is no limit to creativity and being in lock down doesn’t change that at all. If anything, it’s a challenge to be more creative. 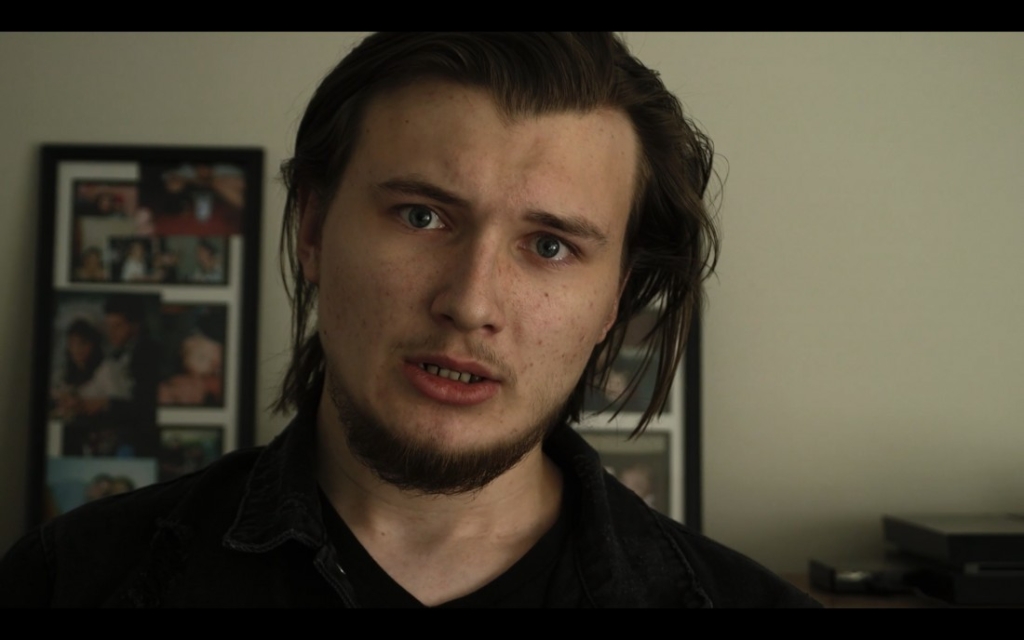 Hunter’s film Eradicate (above) is being submitted to film festivals.

Hunter’s ideas and directorial style dares him to think outside the box and this is supported by his instructors. His artistic visions are unique and he says that his most recent directing assignment really connected with him. He had to visually analyze the work of the acclaimed Oscar winning film director Bong Joon-ho, who made Parasite. Hunter feels a strong connection to Joon-Ho’s style and his own work. He improvised the assignment by using his cellphone camera to emulate the filmmaker’s techniques in order to capture the look and feel of the film. Now that he has the vision locked in, replicating it should be easy once he gets back to campus and can finish it with the high-end 6k cameras MPI students use to make their films. Hunter’s second film, Eradicate was a hit with his classmates and like Sydney, is also using this time to submit to film festivals.

Royal Oak, Michigan based film student Delores Flynn is on the same page as Sydney and Hunter. She says that she is committed to making the most of her time and is glad that online learning is an option. Delores comes to Motion Picture Institute with a media and publishing background and is proud to be a mother to two little ones. 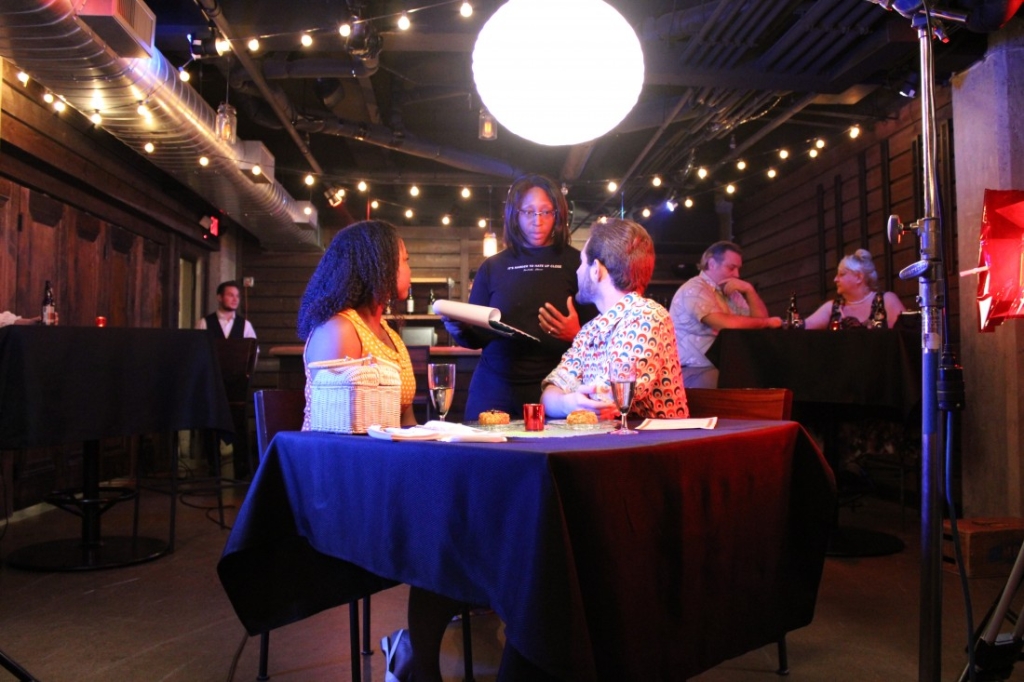 Delores Flynn (middle) directs actors on the set of her film The Color of Hate.

Since her children’s schools are closed, it’s a God send that she can both attend class on-line to continue her film education and be with her kids. It can be a juggling act at times, but she has found that the technology and the on-line learning available at Motion Picture Institute to be a great learning option. There is still a lot she wants to do on set once the campus reopens, but this has a new but happy experience for her. She confesses that the on-line classes, while reducing travel time to class, has kept her very busy and has focused heavily on her creativity and planning. Delores knows that this is temporary and continues to move toward her career path in filmmaking. She has a knack for storytelling and can’t wait to shoot her next film this summer.

We know that transitions are no cake walk. Our students, staff and community have shown us and each other incredible support and are making the most of this virtual digital experience. From remote instruction to video demonstrations, virtual discussions and assignments, we are continuing to move ahead.

If you have a passion for storytelling, an artistic streak, or love to work with others in a highly creative and collaborative job, consider filmmaking and the film industry. The Motion Picture Production Program has been training directors, screenwriting, editors, cinematographers, and host of other industry trades for over 20 years. Our school is nationally accredited and offers job placement assistance.

Don’t let another year go by. Our one-year film program is enrolling NOW for this fall. Our intimate class sizes fill up quickly and we only start in September. To learn more about our film classes and how we can train you for a career, contact us for a virtual tour during the Covid-19 confinement. Sign up today on-line to learn more or call us at 248-528-1760 or email info@mpifilm.com.