Motion Picture Institute graduates have worked on productions of all scales, from local independent films to global blockbusters. During the recent Academy Award ceremony, MPI was thrilled to see Coda win Best Picture, not only because it was a terrific movie, but because alumni Ricky Araoz worked on the production. This was not the first time Ricky worked on an Oscar nominated film. He also worked on the production of Don’t Look Up, which was nominated for four Oscars.

Ricky sets himself apart with his friendly nature and clear determination to make the most of out of every situation. These traits combined with his Motion Picture Production Program education from MPI have been the key to working on several movie productions over the years. Ricky recalls, as a student at MPI, being connected with an opportunity to work on the set of Transformers, when the production came to Detroit.

Fast forward to today, and Ricky is now a member of IATSE local 481, his local union in Boston. He continues to work on feature films starring some of the biggest talent in Hollywood and moves from set to set with ease.

Ricky had a great time on the set of Coda. He was kind enough to share his story. “I joined the production of Coda on August 21st, 2019, and we wrapped on October 4th, 2019. I’ve worked on low budget indies in Michigan, but this was the first one I worked on what was union and under the IATSE low budget agreement. The whole experience was amazing and so special to be a part of. The script was unique and told a familiar story in a way I’ve never seen depicted in a movie with a mostly deaf ensemble. We knew it would be an amazing movie, but I never would have imagined the kind of success the movie would have, especially since they didn’t have a distributor like Apple by the time we finished. With the pandemic and so much time that passed by, a lot of us had not heard about what happened to the movie so it was amazing when we heard about it at Sundance. It was after all the success at that event that we started thinking that it might draw some Oscar buzz and after its win at the SAG awards, we knew it had a great chance at winning Best Picture.” 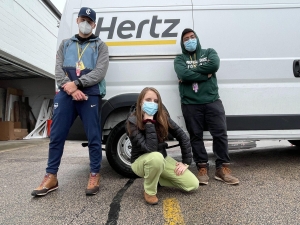 Ricky was able to share some of the experiences he had while working on the set. “I was a van driver on Coda… There was one time I drove to Troy (Kotsur) and Daniel (Durant)’s house to pick them up…after 15 mins of waiting, my boss asked me to go inside to check on them. The alarms they have with the flashing lights were going off, but they were so sleepy, they didn’t notice so I tried my best to wake Troy without scaring him which I somehow managed to do but then he quickly jumps out of bed with his sheets covering his front side. He runs out to the kitchen where I was, gives me a signal he’ll be out in a minute, and runs back in. It felt just like the movie when Ruby wakes up at 3am and has to wake her parents despite their alarms going off, except for the fact that I saw Troy’s butt when he turned around to go back into his room 😂 He then typed a message on his phone apologizing to me for being late since we did not have an interpreter in the van.”

“I also became friends with Amy Forsyth so she would play her favorite music for me on our way to set or on our way home. If she was having a rough morning, I’d let my boss know “we hit morning traffic, might be a bit” and we’d quickly stop for some Starbucks. For the most part, it was a calm and quiet shoot since Free Guy was wrapping up in Boston and Adam Sandler was in the area (we call it the North Shore) filming Hubie Halloween which attracted a lot of the locals.”

Ricky’s advice to current students is to never knock an opportunity. He says, “Everyone needs to start somewhere, and the first role might not be glamorous, but you need to complete it successfully in order to find the next.” Ricky explains that “the film community is close knit, and you will work with some of the same people set-after-set. So, it’s important to make a lasting impression and build meaningful work relationships so that you are referred for future opportunities. “

Ricky’s first job when he moved to Boston was as a van driver on set. He seized the opportunity, shuttling around cast members and crew alike, to build relationships and providing the best service. Ultimately, his goal was to get into the Art Department, and he successfully navigated between his entry level positions, eventually finding himself in the Props Department where he is loving his current responsibilities. 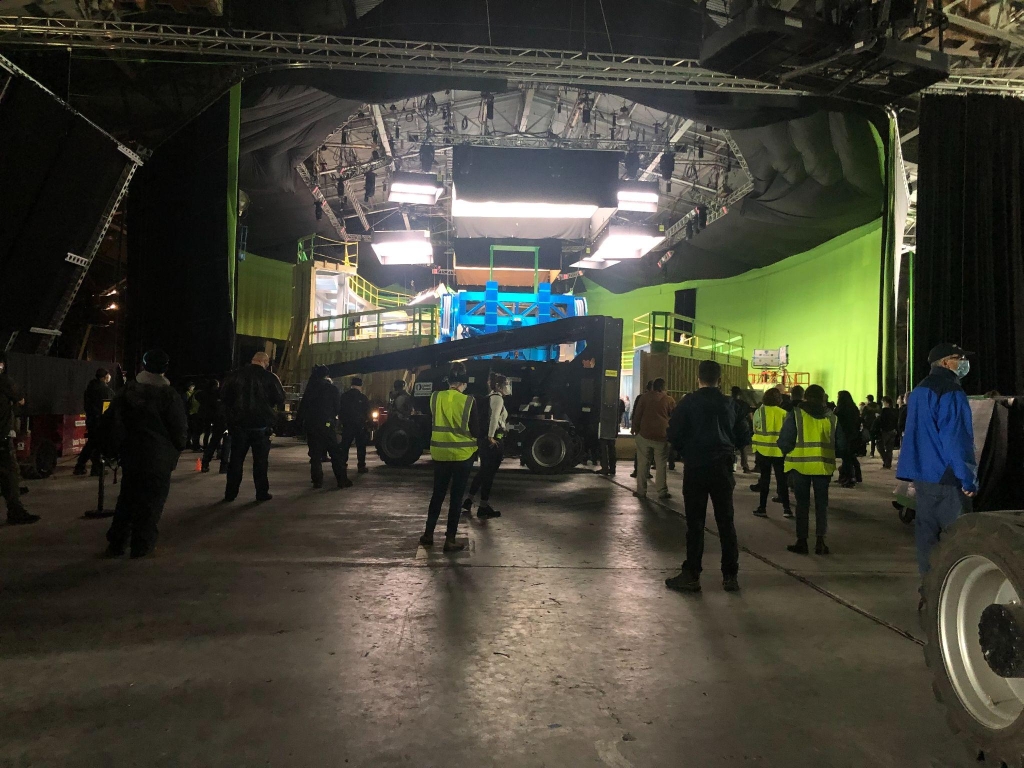 The best part of working in the film industry, according to Ricky, is that there are so many different roles and responsibilities on set. He first learned about the bounty of opportunities available on set when he was a student in the Production Lab course and got to learn a little of everything. If you’re interested in getting out there into the film industry and working on productions that will be seen by the masses, be sure to register for an Open House. You will learn about our Motion Picture Production Program and meet notable alumni like Ricky! 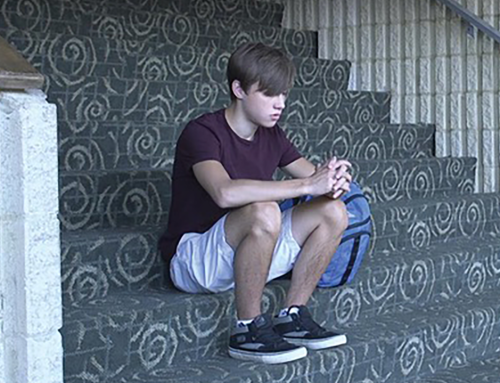