The De-Evolution of the Academy Awards

Citizen Kane and Raging Bull are often regarded among the greatest motion pictures of all time. They were also completely snubbed by the Academy Awards for Best Picture.

For me, the Oscars took a major nose dive when they increased the number of Best Picture nominations a few years ago. Once this happened, I felt and still feel the profit machine had taken priority over any true artistic celebration.

Yesterday’s announcement that the award for best cinematography would take place during a commercial break sort of validates what I’ve known for several years; The Awards are a “business” disguised as a celebration of cinema.

Then again how can you compare The Exorcist to The Sting or Black Panther to Roma? It’s sort of like asking me if I like Metallica or Adelle. Do awards for art even make sense when trying to compare a horror film to a romantic comedy?

The real question here is, ‘Do studio made movies with bloated budgets and egos really need an award show?’. Isn’t the 3000-screen release and multimillion-dollar P&A campaign enough recognition for the filmmaker? You did good with that billion dollars kid!!!

I’ve been making independent films for over 20 years now and, as cliché or trite as this may sound, it’s the independent cinema that Hollywood should be embracing once a year. I’m not talking about festivals or smaller Independent award ceremonies, no. I’m suggesting that once a year Hollywood roll out its red carpet and embrace the true pioneers that operate on the fringe; the independent filmmakers. Yes, that’s right I’m suggesting a globally televised award show where mega stars shine for the smaller budgeted productions. Those films being produced on show string budgets without distribution deals. I’m talking about true independent cinema.

I find it rather silly that a film production costing a billion dollars that goes on to gross another several billion dollars needing of more limelight and attention. There are so many trail blazing independent filmmakers that are quietly redefining and reshaping cinema that they are surely deserving of a mega celebration “Hollywood style.”

Don’t get me wrong, I love all the nominated films and I am hopeful for Roma to win Best Picture, (and think it will). However, do these already widely publicized movies need an award show? I don’t think so.

In the end are we really surprised that the they moved the award for best cinematography to a commercial break? For me it just validates the continuing de-evolution of the Oscars. 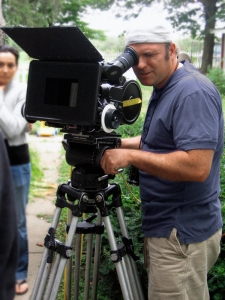