People are at their best when they feel included. What better way to feel included than to come together and celebrate an interest that we all have – films and filmmaking. There is no bigger night to do this than during the Oscars! That was what student Sydney Van Leeuwen was thinking when she pitched the idea to our campus community. It turns out that everyone was on the same page and wanting to share the viewing experience. One thing led to another and we quickly had a committee that began planning for the big night. Fast forward a few weeks and Oscar night was happening. The tables quickly filled up with students, alumni, seasoned filmmakers and general moviegoers.

Fashion aside,we also captured Oscar movie predictions and reactions. Throughout the night, attendees filled out ballots with their predictions. We awarded people for getting it right! Folks with the highest scores were interviewed and featured on Facebook. We will be publishing a podcast recap with our highest score earner, Matthew Jarjosa. 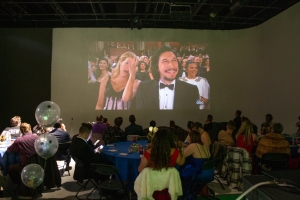 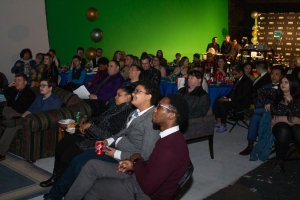 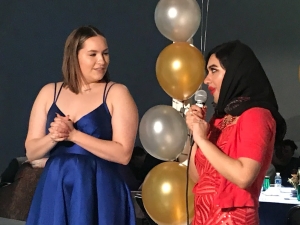 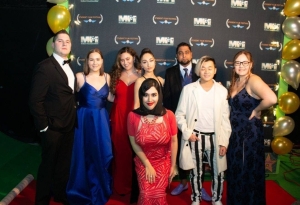 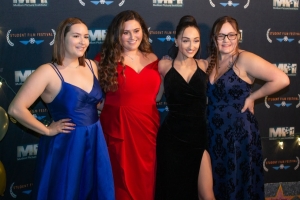 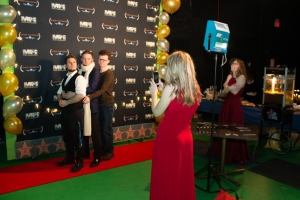 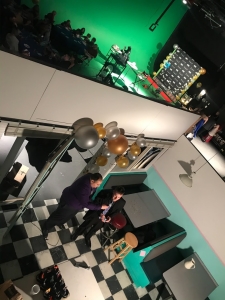