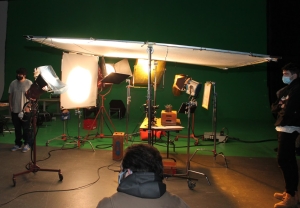 The filmmaking process has many moving parts, from writing the script to assembling the crew, casting for the acting roles, editing the scenes and getting the sound and music just right. Let’s be clear, this is not a quick process in the real-world. However, when you’re in the classroom at the Motion Picture Institute, you get to see all of this within the span of a year. You build your foundations and those skills are then put to the test as you shoot your own films and work on the sets of your classmates films.

The on-set experience happens daily in class. We have instructors like Jeremy Schroeder, who has worked for 15 years as a film technician in New York city putting in 10 seasons on the television show Law & Order as Best Boy and Key Grip. Jeremy knows how important the hands-on film set experience is and makes every class feel like the students are shooting an actual film or television production. In a recent class, the students were tasked to make a movie in four hours. They had to find a way to shoot a screenplay that Jeremy wrote while putting into action everything they have learned from him so far. 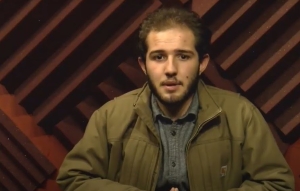 “We worked together as a team and found the best way to make the most out of the script. In terms of what lighting and camera angles we wanted to use.” – Keanu

See the student filmmakers in action when you watch the below video about their four hour movie making experience! Then sign-up for your own film set experience during Open House, our monthly event where we engage you in acting, lighting, camera and editing demonstrations. Plus, you get to meet our alumni and staff to get lots of guidance on how you can launch your own career in the movie business.